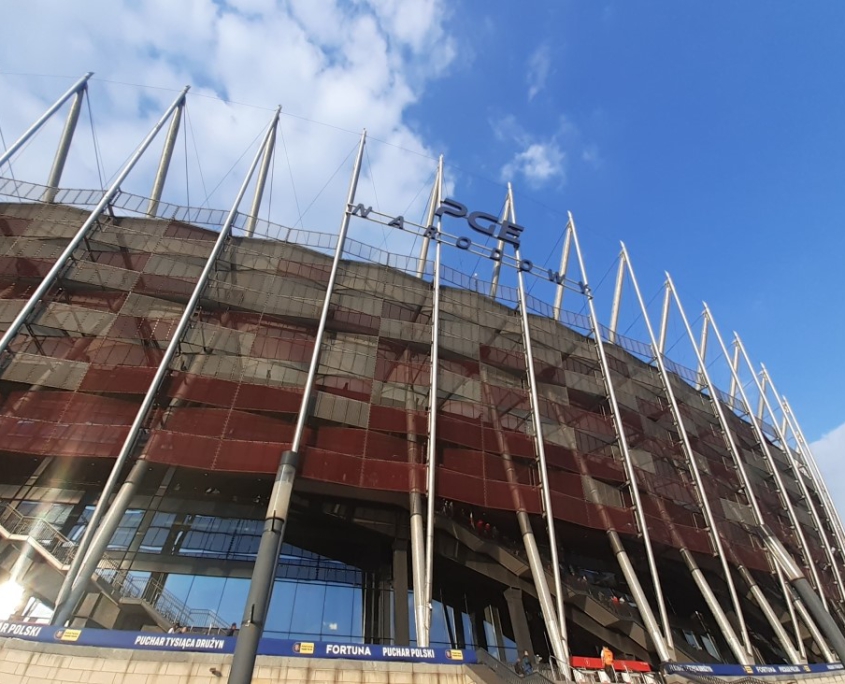 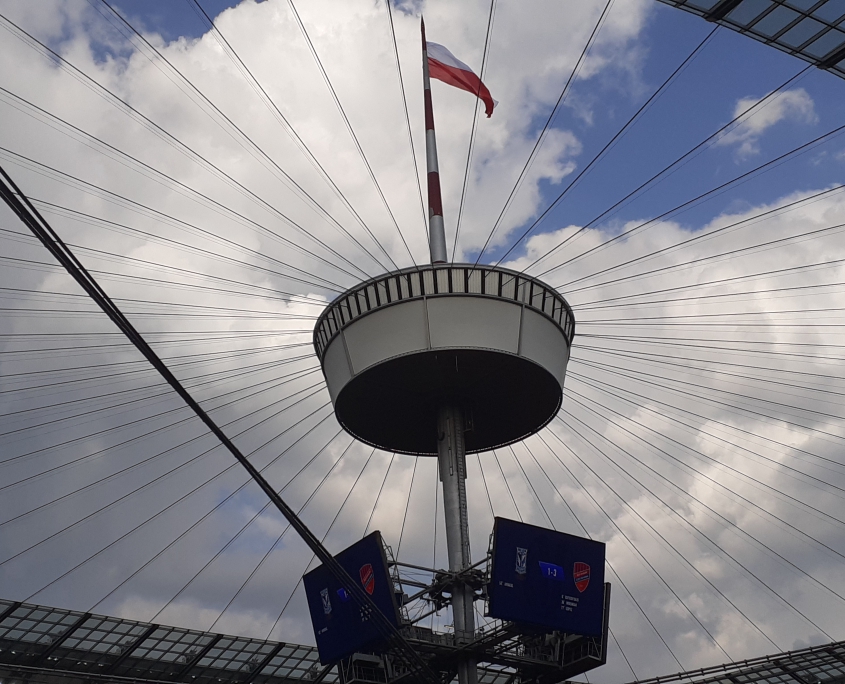 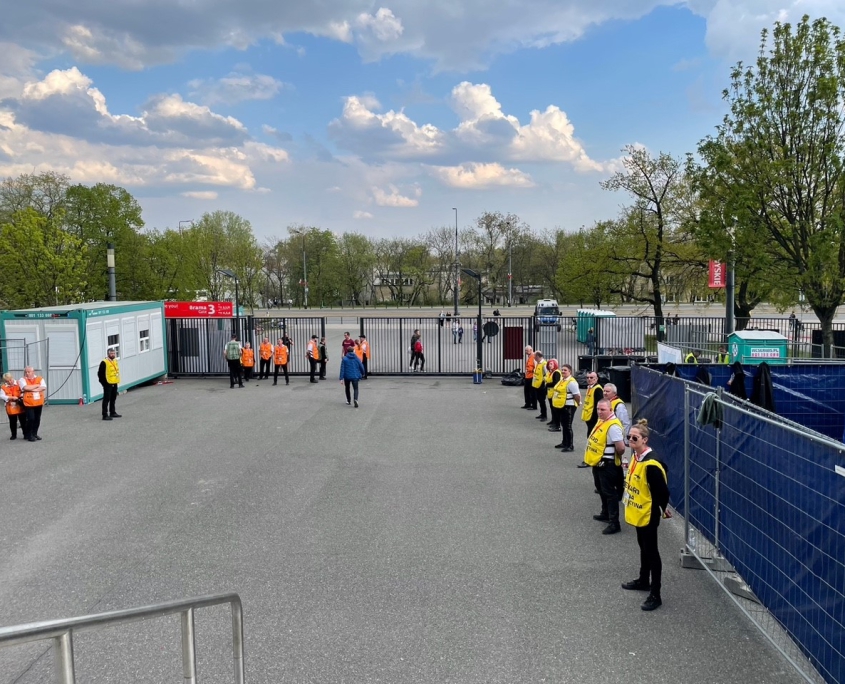 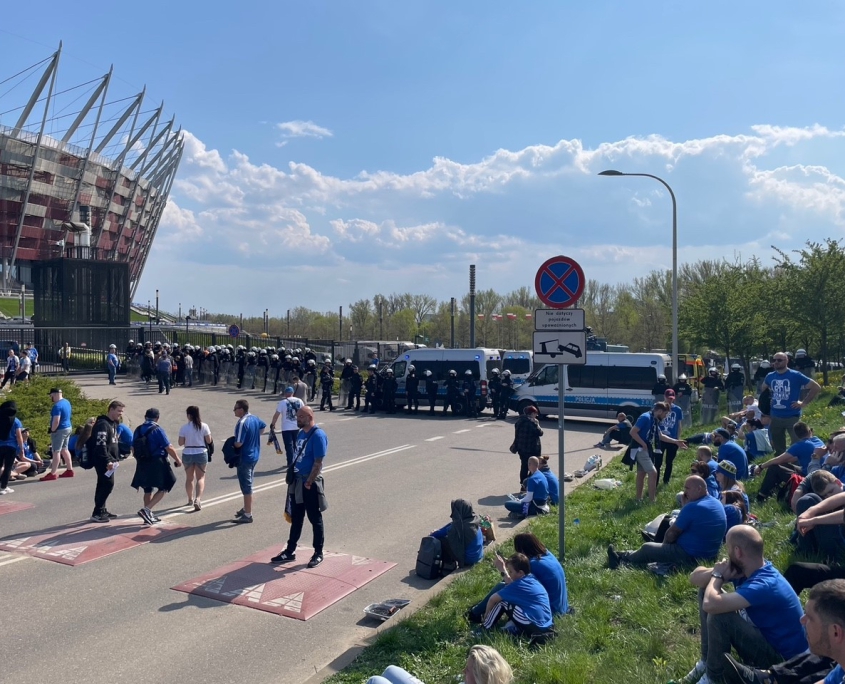 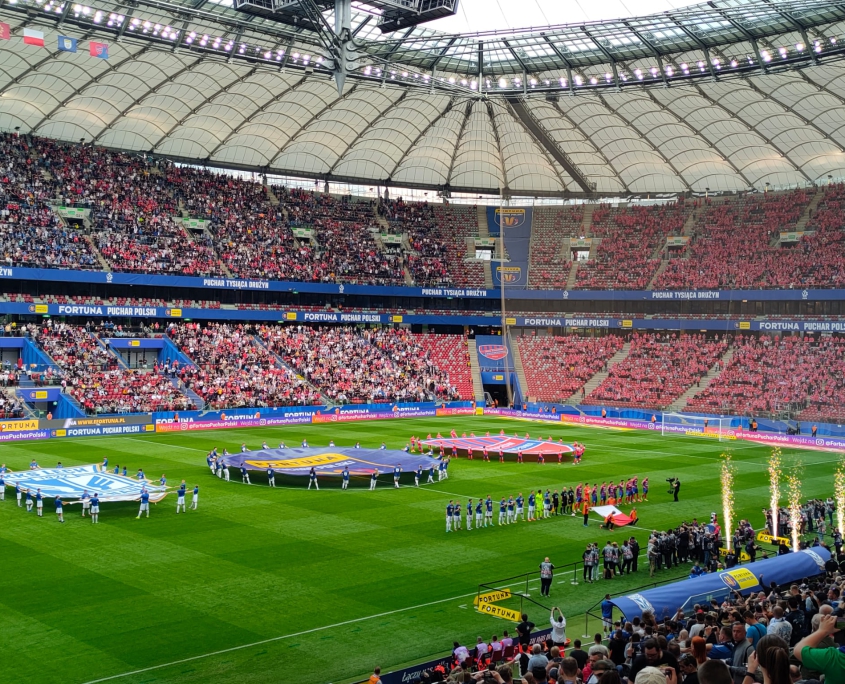 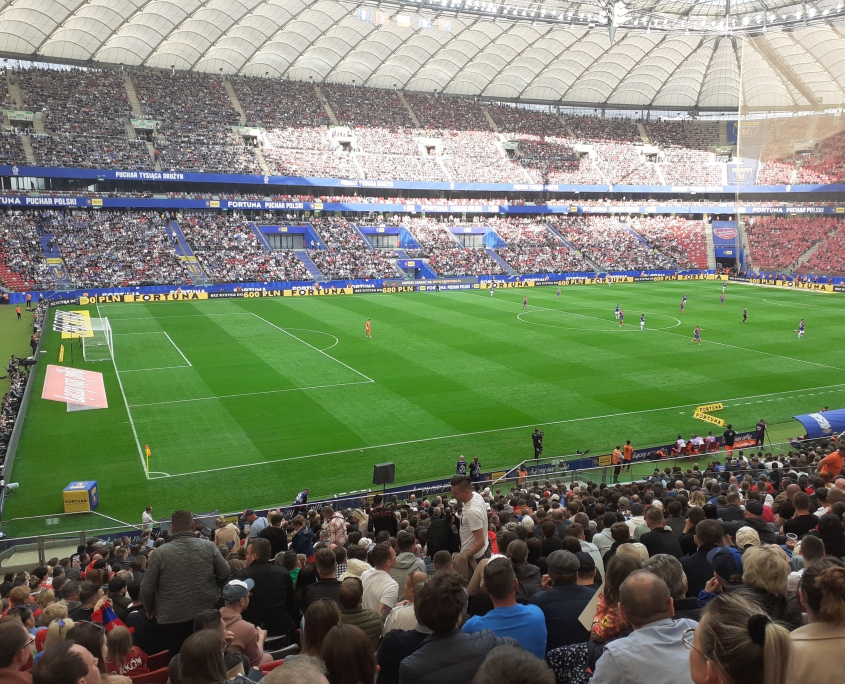 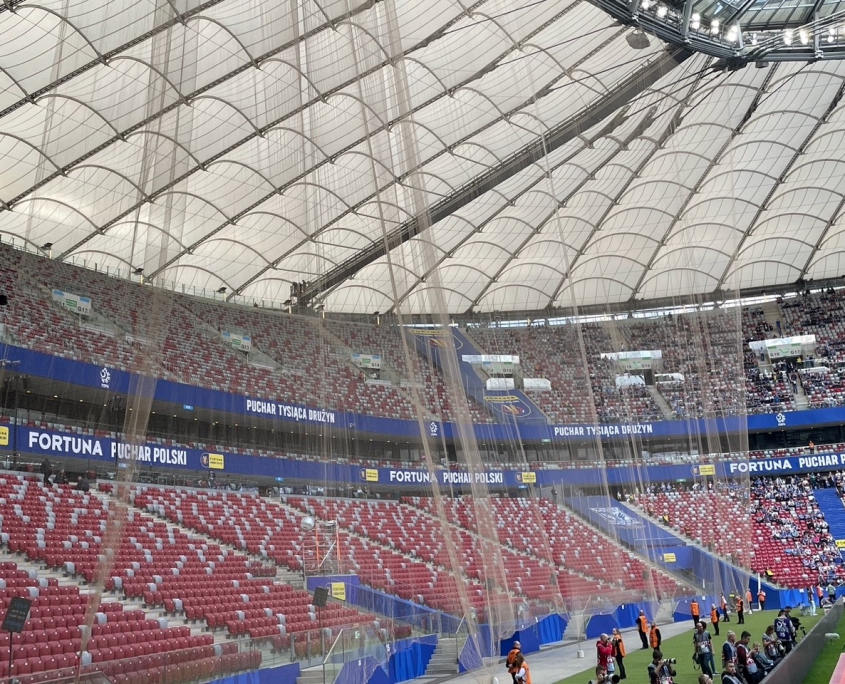 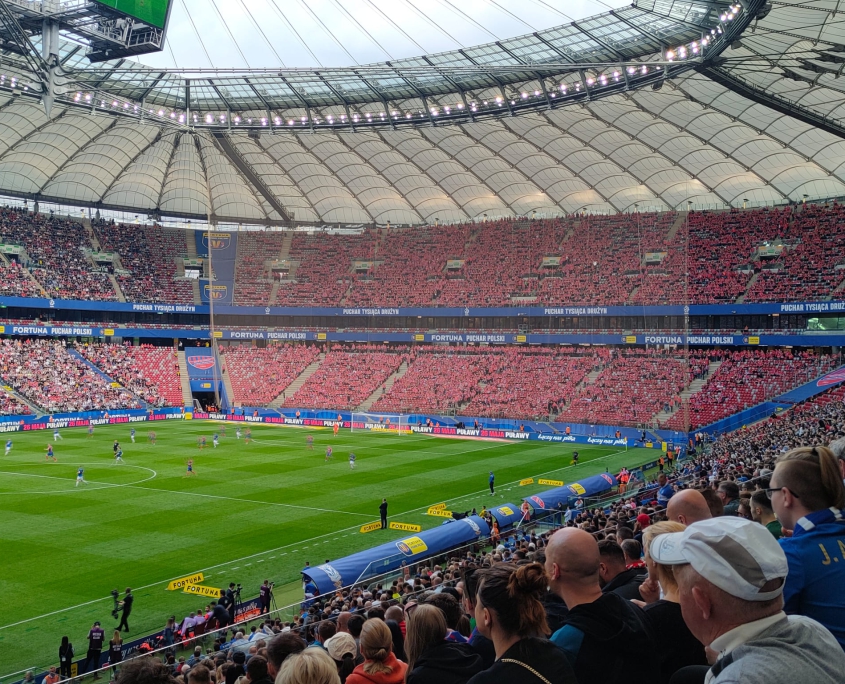 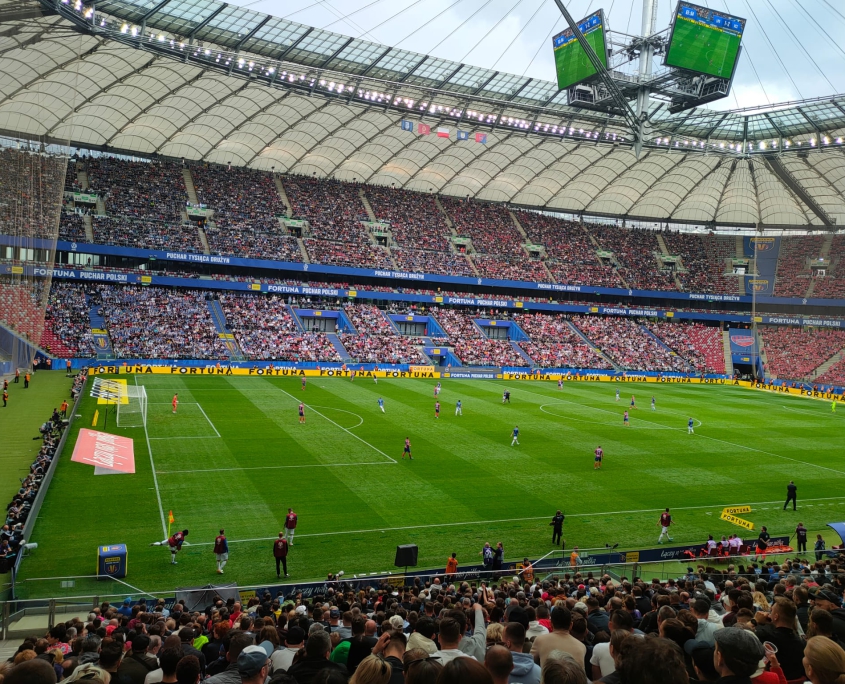 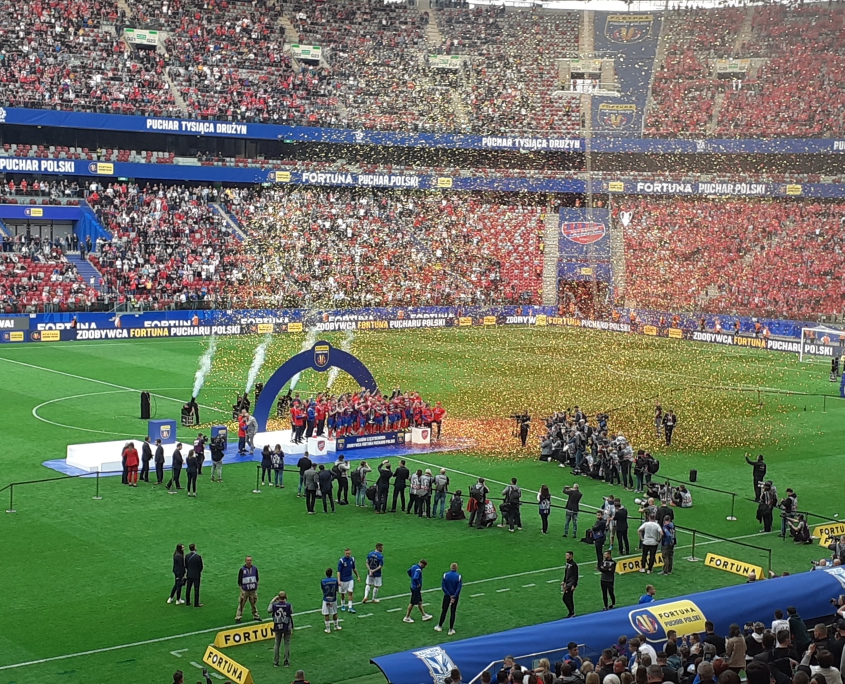 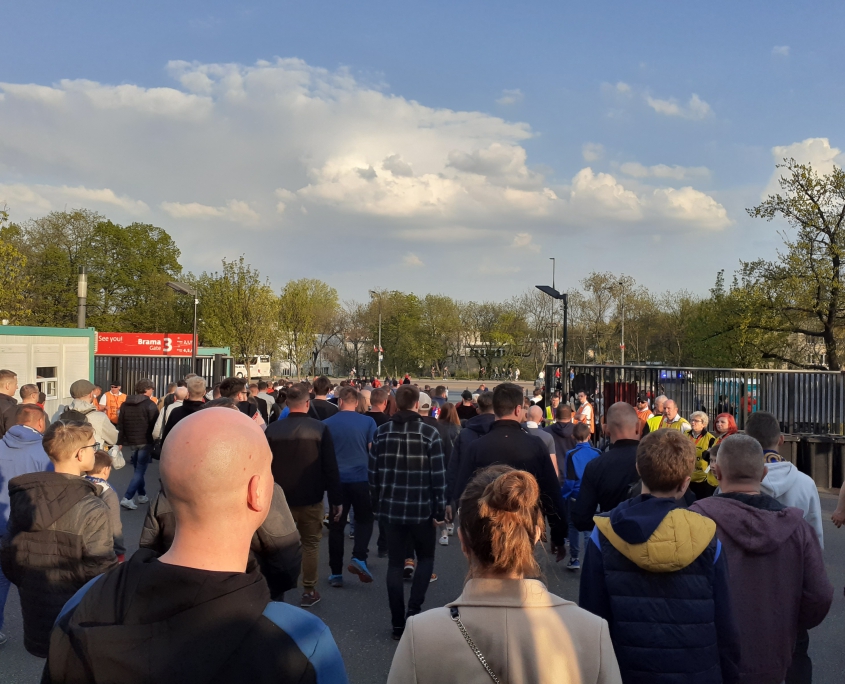 SAFE STADIUM project and conducted within WP2 (Research & Analysis phase) visits of large sports facilities are in progress. On the second of May 2022 the project partners visited the National Stadium in Warsaw, during the final match of the Polish Cup between the teams of Lech Poznań and Raków Częstochowa. Scientists and representatives of services and institutions guarding public safety and order, associated within an international consortium, evaluated the state of security at the facility, which during mass event usually seats nearly 60 thousand spectators. During the visit, the issues considered included the possibility of CBRN threats, methods of their neutralization and prevention of such incidents. The vulnerability of the facility to terrorist attacks was also assessed, and solutions were discussed that could significantly increase security at the stadium, both during and before and after a mass event. The visit to the National Stadium was preceded by a working meeting on 29 April 2022, where experts were able to look at the preparations of the organizer for the final match. Conclusions arising from the inspection will be taken into account at the next stage of the ongoing work aimed at creating effective procedures to significantly increase the level of security at large sports venues.

The Polish Football Cup Final ended with a 3:1 victory for the Rakow Częstochowa team. Safe Stadium partners would like to congratulate the winning team!!!